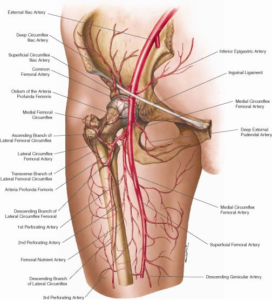 That’s what led to this discussion about the proper technique of holstering.  Look at your holster while you do it, or not?  Avoid pistols without external safeties and stick with long, heavy trigger pulls?

Basically, there seems to be two camps.

There are so many possible variables in any situation that require drawing your pistol that it’s tough to even have this conversation.  However, I think we can boil it down to three variations of possible scenarios.  Whatever the reason for drawing your weapon you are now holding it:

There is always the possibility of them having an accomplice, so you wouldn’t want to holster while there are any imminent threats.  You also don’t want to be holding your pistol when the police roll up on you.  Now what?  It’s best that you call the police, give a brief account of what happened and your description so that they know not to shoot you.  Do this with a pistol still in your hand or not?  Personally, if the area is still so hostile that I feel the need to have a pistol out, I’m going to move.  Give the dispatcher your new location and tell them you didn’t feel safe.  I’ll go to my vehicle with my gun still out, but close to my body and preferably covered so that it can’t be seen from a distance. If sirens are inbound and I need to just wait, I’ll stand there (next to cover!) and wait ’til they’re close before placing the pistol on the ground, stepping away from it and raising my hands.

If the area is not hot, then why not take the time to ensure that your holster is clear?  As discussed, AIWB has stiffer consequences than 3:00, but it is still possible to shoot yourself in the leg – just ask Tex Grebner.

Not good enough for you?  How about the policeman who shot himself in the elevator?  No matter where you choose to carry your gun, having your attention divided makes accidents much more likely to happen.

Here I draw from AIWB and then re-holster.   Notice that while holstering the pistol is canted away from my body and at no point do I muzzle myself.

Disclaimers: I’m not a lawyer and this is not legal advice.  I’ve never had to draw my gun on anyone and I’ve drawn these conclusions from listening to those who have.  Reading an article on the internet is no substitute from training and practice.

Which method do you use, do you look down or not?